After graduating from the prestigious Culinary Institute of America, in Hyde Park, New York. Mercer Mohr honed his skills, having the opportunity to work under several certified Master Chefs accompanied by a great corporate team, while opening restaurants across the United States for the fast growing Hyatt Hotel Corporation.‌

Mercer graduated from the Hyatt Culinary Training program and went to work for the Five Star, Four Seasons Hotel in San Francisco. Years later, while Executive Chef for the Four Seasons Clift Hotel, Chef Mohr was awarded “San Francisco Chef of the Year”, for his innovative wine dinners and contributions to the New American Cuisine emergence.

Chef Mohr’s other accolades and achievements include New York wine pairing dinners for the membership of the James Beard Foundation and the “National Hotel Chef of the Year” for his work with the American Culinary Institute.

Established in 1990, the James Beard Foundation Awards recognize culinary professionals for excellence and achievement in their fields and emphasize the Foundation’s mission to celebrate, nurture, and honor America’s diverse culinary heritage through programs that educate and inspire. 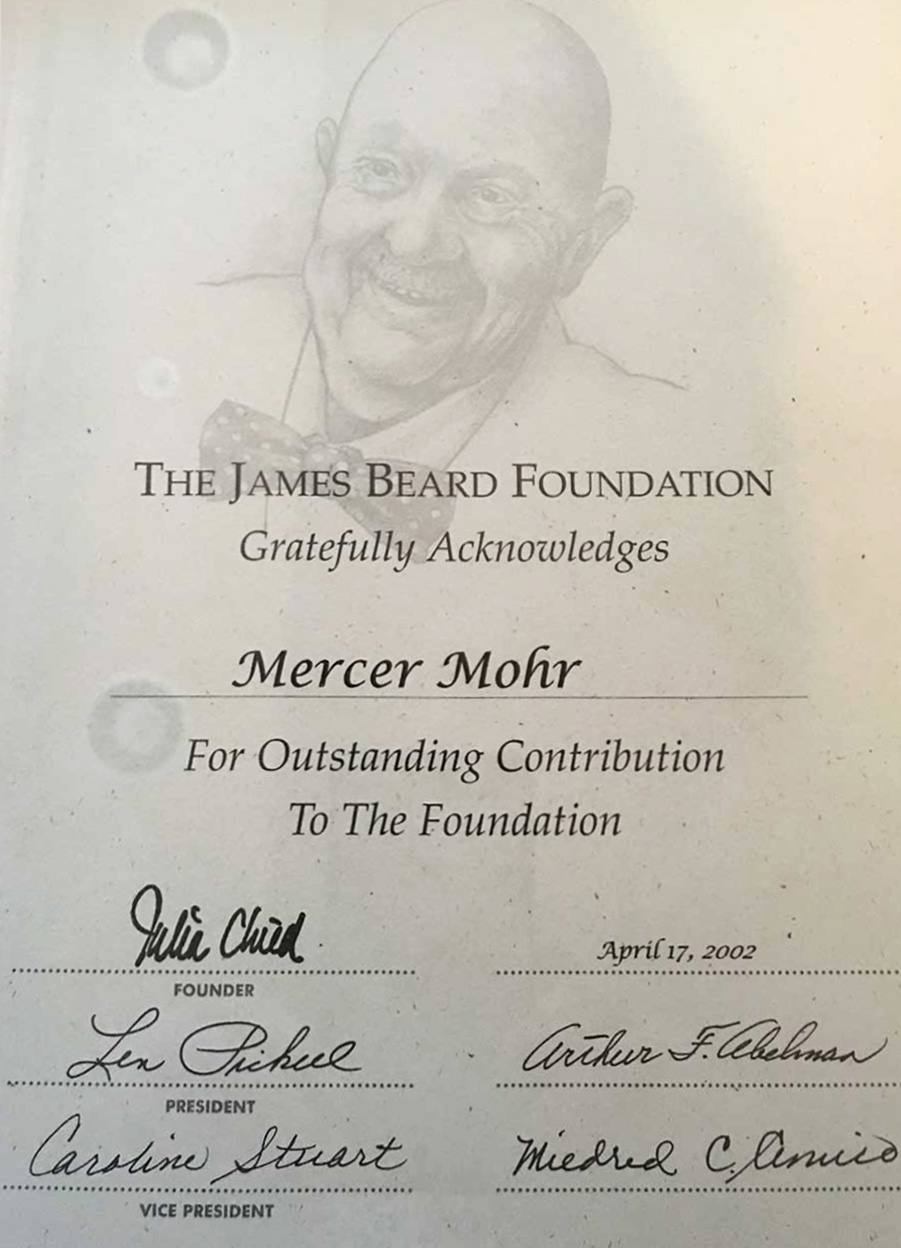